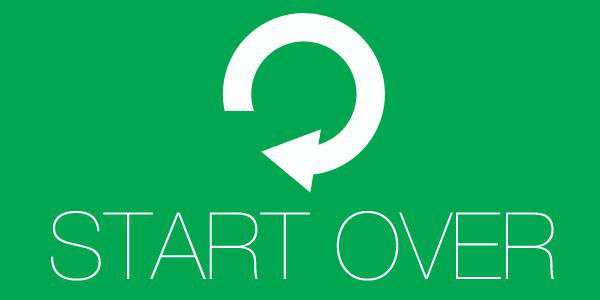 The local community college in my area has a program called second start. It is a program that allows for a later start date for courses for those who either missed, or made a late decision to sign up for the semester. But what’s great about this name, and the concept is that I believe that it applies to much more than community college.

In my life, this is how I have advanced forwards more times than not.

I don’t know about you, but it seems that I rarely get all that I need on the first go round, or even the 10th. It’s not that I am lazy or don’t take my work or life seriously. I just need longer for things to soak in. I am that friend that beats the dead horse (or however that saying goes). And so that means that I often find myself starting over, and over, and over. Way beyond a second try.

I used to be embarrassed by that fact. Why couldn’t I be like all the others who just get it right on the first time around? What is wrong with me, that I feel like I keep failing? Why does it seem easy for others, but hard for me? But as I have grown, come to accept myself more, and just plain paid attention I realized…

This idea of the one shot genius isn’t real.

You know those people, who seem to have it all. They have great friends, great relationships, money, beauty, and success. They give talks about charity and building the future while posing naked for PETA, cause they are also vegan and don’t eat sugar. To me, it feels like that is the club that I keep failing the entrance exam for.

But I also know that if you do just a little digging into the success of anyone, you will find more likely a million tries to get something going, and one shot that happened to work out. And while my logical brain knows this, and have read the stories, it is still a hard pill to swallow. I don’t know about you, but I have seen that “Edison found 1000 ways not to make the lightbulb” meme floating around the internet a lot, but it still doesn’t provide me much comfort. 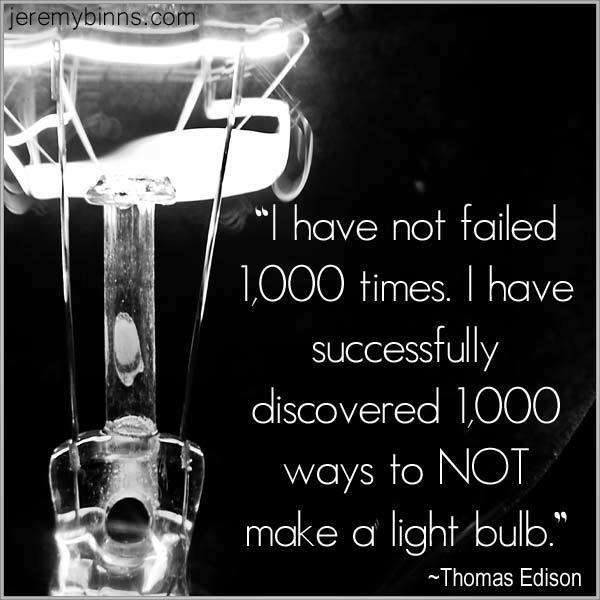 And then I realized that maybe that’s the point. There isn’t supposed to be comfort in trying again, and again, to achieve something. Maybe it is supposed to be hard work. That might actually the big secret. How hard can it get before we just give up? Those of us who are willing to lose our ego and try again (and again) are the ones who will eventually achieve what we set out to do.

So in a month where people have broken resolutions are about to devour a plate of donuts because they can’t ever get anything right, I implore you to forgive yourself. It was hard, and you failed, so try again. Things that we really want are things that force us to grow. And if you have made it past puberty then you know that growing is tough, literally causes pain, and changes you forever.

But that’s the point right?

We all want change, but we have somehow forgotten how much it hurts to stop being who were were and become something else.

We are so worried about avoiding pain, that we have forgotten how much strength it yields you. We become faster and smarter because of it. Truth be told, it’s the painful things that teach and shape us. Maybe we should embrace it a little bit more and keep pushing so we can get the reward at the end of the failure ladder.

Do the hard thing again, and again, and again. It’s ok if it hurts sometimes. What’s not ok is giving up because you are afraid that you can’t take the pain. You can. We are all capable of far more than we allow ourselves to pursue. If you feel alone, reach out to me. I have started over plenty of times, and today I will be starting over…yet again. That’s ok. Because if Edison is right, then I am getting closer to 1000 and will soon see a breakthrough. 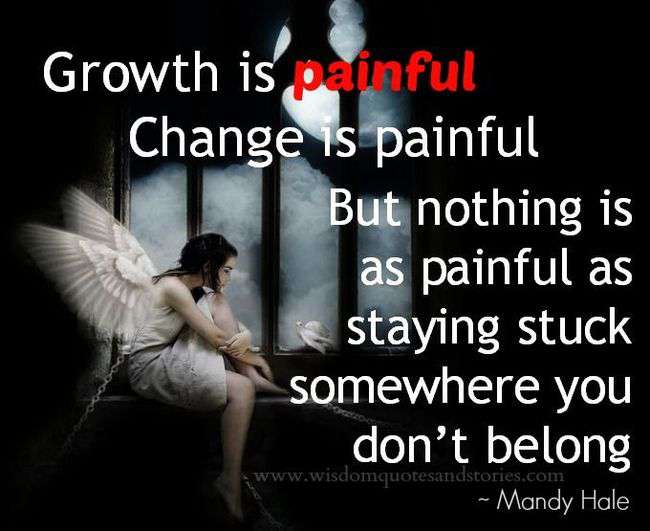 When I was at Poetic Systems yesterday, their founder, Matt said something that really struck me. That you should quantify building a solution to a problem that you are trying to solve by first articulating it in a user story. Basically,... Continue →