Kissing A Lot of Frogs 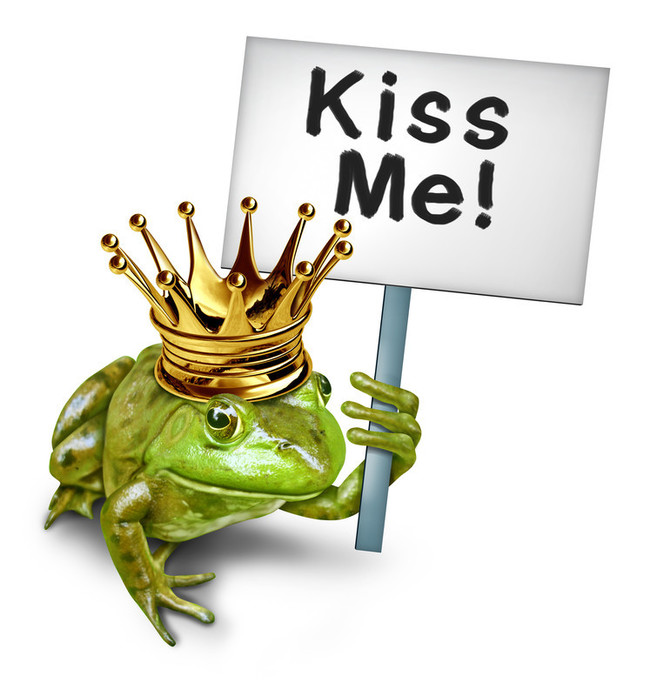 For those who know me, you know that this year has been a journey. One that I didn’t exactly mean to embark on, but one that I seemed bound to take.

It all started last Christmas when I was off of work for the holiday. 2015 had been a progressive year for me. I was working as an software engineer, on a team, and learning all the time. I was also still freelancing, with some working being in rails, some being more tied to data analysis, and some straight up writing. It was also my first semester in graduate school (again) and let’s not forget that I had signed up to be the co-founder of a health related start up. Needless to say, I was happy for the break when it came.

Once I had finally been given the chance to stop and think a while I realized that with all that I was doing, I was sad about what I still wasn’t doing. I wasn’t actively doing the things that made me happy. What were these things? Honestly, I didn’t really know at the time. But sitting in my home office pouring over a new book I had purchased about astrophysics did made me happy (it was illustrated so I am not THAT much of a nerd, ok!). And I proclaimed out loud:

“Next year I want it to be the year of Astrid”

Which really just meant to me that I would somehow figure out how to do the things that I really wanted to be doing, and stop doing things that I should be doing.

All I knew at the time was that I was busy, but I wasn’t quite fulfilled. I was working and learning which was always something that made me excited, but it was failing to continue to make me happy. And I didn’t know what came after that because frankly, I had never been there before.

So I go through the holidays, without event. Once I go back in January, shit starts to get real.

I find out in the second week of January that I am getting laid off. I didn’t see that one coming. We had been going through layoffs for months, but I thought that it was over with. Apparently, over New Years some things had changed.

The day I found out about the lay offs, my co-founder fires me from the startup. “I don’t think that you have the time to work on this”, was her official reason. She said that before I got to tell her that I would no longer have a full time job to worry about. But, I accepted it and decided that I would keep on moving.

Since I only have a few weeks left at my full time job, I figure that this will free me up to take on more freelance work as I transition to something else. Except, apparently they all got the memo and one by one the projects that had keep my weekends and evenings busy were disappearing. Within a month all of my freelance projects were gone. So all I had left was school, and this was the semester that I took a master’s level molecular genetics course “for fun”, so that didn’t go as I planned either.

This left me with a choice. I could find my next job and keep on stepping, but something was holding me back. I felt that this might be my chance to truly figure out what I wanted. That I should resist the urge to find work, and instead figure out what it is that I am working for.

At first it was an exciting idea. My type A personality has not allowed me the room to drift. I am always intentional. I always see the light at the end of the tunnel or else, I don’t go down that tunnel. But this time was different. I didn’t know what the next step was. I knew that I wanted to keep programming, but I also knew that I wanted to integrate it with my 10 years of working experience and those other 2 degrees that I got. And I didn’t know how to do that.

Conventional wisdom lead me to believe that there is probably a position for that, and the best that I came up with was product manager. Seemed as though it was a good way to roll up all my skills, and I had seen some in action at my previous full time job and thought that I might be a great fit. A week after I am home, post lay offs, my recruiter calls me with an opportunity to interview for a junior product manager position that pays decent and will allow me the chance to grow. No brainer right? But everything in me said no.

I said no. And that is the first time that I have ever done that. Ever.

It terrified me. I knew that it wasn’t the right time, but I didn’t know what I should be doing. It was all too scary. And so I started looking around to see what I have never done that I should try. That is where internships come in.

I had never really been an intern, and thought that it might be a good chance for me to test out some things. What did I really want to do? Did I want to work with startups or for them? Maybe I should work in non-profits and feed the part of myself that wants to do social good. Should I build my own business?

And so I did all of the above, and then some. Trying things out and seeing what I liked and what I didn’t. All the while, I was questioning what it is that I really want, and getting scared cause I wasn’t finding a clear answer.

Not only did I want to keep myself busy, but I also wanted to make sure that I was making some money. I don’t have a nest egg that allows me to diddle around for too long, so I had to find the right mix of experimentation and getting paid on the regular.

And now I am at the end of this year, and I have learned a lot of things. Mostly, I learned what it is that I want. Actually, it is probably the most obvious thing to everyone else. I want to use my technical skills to empower others and causes that need a spotlight. I realized that my interest in social justice causes, volunteering, and helpful spirit come from the fact that I have always been super interested in people and helping others. Duh, I am a social scientist by training.

I also realized that there is a real reason why I became a technologist. I love the challenge. I am a systems thinker. I love the crafting and the making of it all. I may be a social scientist, but I got into it because I wanted to know how the brain works. Learning and observing and helping all matter, but I don’t like to be a side piece, I like to lead. And to lead you have to have vision, and to have vision you have to know something about what you are doing.

I know that there are big problems out there that are still being handled person to person, email to email. In the meantime, there seems to be an app for every possible digital automation that a techie can think of. So I want to bridge that gap, and use technology to solve people problems. It makes me smile just to think about it.

Even though my answer isn’t monumental and amazing, it is significant because it has given me a why. I can’t keep moving forward just to get the next treat, the next promotion, or the next project. I have to know what it is that I am in this for. Having that why orders my choices and makes all the difference.

I write this story, not because I want to talk narcissistic-ly about my life, but because it is a story that I wish that I had read during this year. Most of what I saw had to do with big life changes, and new innovations. Maybe that is in my future. But what I wish is that I had heard about the little wins and victories. Because all this searching has been really hard. I wish that someone would have told me that it is ok to be confused at this point in my life. And that it is ok to feel unfulfilled at the same time that you are so blessed.

I had to learn that the right way to find a path for me would be by doing a lot of things that weren’t wrong, but didn’t feel quite right. I kissed a bunch of frogs in order to find the path that lead me back to myself. To the person that I have always been and forgot about.

And it has made all the difference.

Its that time again and I have my own list of resolutions. Last year I only wanted to stick to reading, and created a reading list. The problem is that I didn’t do so well. I read a few books, but nothing to be impressed by. Which is... Continue →