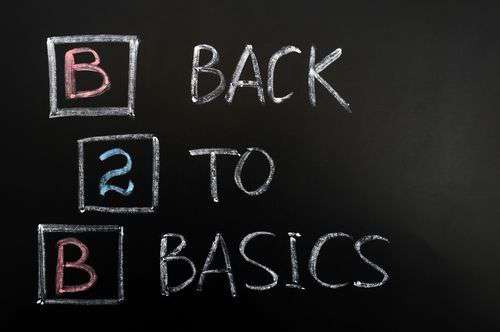 What a difference a year makes.

This time last year, I was just at the beginning of trying to find my way. After working for a job that I loved learning and growing at, the company had layoffs. I was one of many who had to pack my things and go. I didn’t think much of it all since I had experienced corporate decision making in the past.

I was doing fine until those last lonely minuets of powering down my system and turning around to say goodbye. My co-workers looked so sad, and it wasn’t until later that I realized that they brought tears to my eyes.

And then there was…Nurse Jackie. As in, I didn’t know what to do with myself so I watched all of the remaining episodes of Nurse Jackie for two weeks. It slowly dawned on me that I was a bit lost. I had never not worked before.

Not me. Not work and go to school and do internships at the same time, me. And for the first time ever, I wasn’t doing anything.

And to tell you the truth, it was the best thing for me.

What I didn’t know then, that I do know now is that sometimes you need to press pause.

I had been on a whirlwind adventure. It started in 2014 with quitting my job after I found out that my boss wasn’t a good boss. Deciding to take the plunge to learn how to code. Stressing and coding, through tears of exhaustion, and finally completing The Iron Yard. Then freelancing and working and co-founding a startup. Then getting ousted from said startup and seeing my freelance projects dry up one by one as I found out that I was getting laid off.

I had been through so much that I didn’t realize it until my world finally stopped spinning. And it was in this valley, between the highs of my life that I found some peace.

I found the place for me.

What I didn’t know, what they don’t tell you, is that learning to code can open so many doors that you don’t know which one to walk through. I had that problem, but I didn’t know it. I was so busy chasing a carrot, that I had not stopped to think if this was a path that I wanted to walk down.

In fact, it was a bit scary. What if I had gone through all this just to find that I didn’t really want this life after all?

So I took a break. I stopped. I did something else. I interned at a startup incubator. I did a design internship. I worked with a non-profit. And what I found was that I can do a lot of things. But that there are only a few things that I want to do.

I want to be a great developer.

I want to make technology for good.

I want to be a great social scientist and researcher.

And I want to find ways to put it all together.

This is a tall order, especially the part about putting it all together. But I persevered and decided that I would keep going until I found a thread. Not the way, just a small thread that I could tug on and follow down a path.

What I learned is that you have to trust yourself. It sounds so cliche, but what’s more cliche is how many people know this and don’t do it. During this year, I was offered jobs that I knew weren’t right for me. These were good jobs. They were great next jobs to have, but I said no. For the first time in my life, I decided to let my gut tell me what to do.

I also learned the power of deciding what you want. Like so many people, I knew a lot about what I didn’t want, but I only generally knew what it was that I wanted. During this past year, asking myself what it is that I wanted became an almost daily habit. I forced myself to get past the “I don’t knows” until I found something real. I wasn’t until later that I realized uncovering what I really wanted made all the difference.

I gave myself permission to be me. This might be the biggest takeaway of everything I experience. I didn’t know how much I was conforming to expectations until I stopped. Instead, I decided to get serious about doing what ever it was that was uniquely me. It made all the difference. I stopped trying to treat my likes as a hobby, and instead really invested in learning and doing the things that I loved.

I got back to the person I was when I was young.

I remembered what I used to dream for, and I found new dreams for myself. I found that I had not really changed that much on the inside, but that I forced myself to fit into the right places on the outside. Letting go of that allowed me the chance to find myself again.

I learned to go back to the basics. Enjoy every day. Find something to get excited about. Be me. Love what I do. Find happiness. Dream again.

Last week we were assigned a lab that required us to create the game blackjack in Ruby. This has been the bane of my existence ever since. I am still not done (and it was due today). I have struggled and written, deleted and rewritten... Continue →