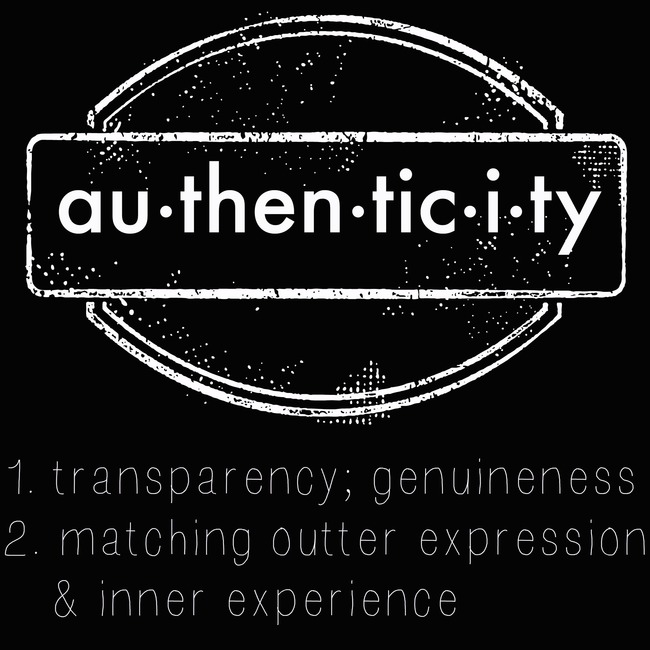 These last few months have been a time of transition for me. Usually when I say that, what I mean is I may be doing all new work, or have new goals that I am working towards. But this time has been different for me.

After pushing myself for the last two years to aggressively pick up new tech skills and start a software engineering career, I found myself laid off. Even though my initial instinct was to immediately look for my next job, something inside me tugged against it. Instead, I decided to take moment to slow down and reflect on where I was and where I wanted to be.

What I realized was that I needed the chance to find my authenticity.

It’s not to say that software engineering wasn’t and authentic career for me. In many ways, I feel that making the move to engineering connected me back to a part of myself that I had neglected. As obsessive I can be about my love for technology and being a part of teams that are building it, I have to admit that I long to bring together all of my skills, including being a social scientist.

I had been wracking my brain to try and understand what kind of career allows me to be a social scientist, an engineer, and a designer/writer. With the lay off, I had the chance to try and figure that out. And so, I started there, trying to determine what I could do next that would allow me to be all those things.

What I found was a dead end

Not because trying to combine these ventures into one career was a wasted effort. But because it was too small of a goal. Finding the right job is one thing, finding out who I was so that I could recognize that right job is something else entirely. What I thought would take some focused introspection turned into a much longer and harder climb than I had imagined. So I made a decision to do a very hard thing. i stopped looking for work, altogether. Not an easy decision to make when you are newly unemployed.

I decided to take an internship in the meantime, and spend some time truly getting to know who I had become now. The hardest part was stopping working. I measure myself by the effort that I place into the work that I do. I am used to working hard and reaching really far. Stopping that momentum was truly scary for me.

What was I if I wasn’t a person becoming?

It left me with no choice but to be myself. I started to do things that I had not done for years. Reading books, simply because they were interesting. Watching movies all day. Dreaming of large and maybe crazy adventures. Trying to understand and pay attention to the things that naturally draw my attention. What I have learned over the last few months has done things for me that I never imagined.

This time of just being, has calmed my overwhelming anxieties. I don’t feel the need to conform the way that I used to. I don’t want to pick a career track. I don’t want to check professional boxes. I am no longer worried about how to explain myself to the outside world. Going inside and going deeper into myself has been more joyful and fun that I could have predicted. I realized that I liked spending time being me, whatever that was at the moment. And that by giving myself room to do that, I learned about who I was and how I could build a career around that in the future.

I now know that I am a person who wants to build a public career. I want to study and build things, while sharing it with others. I am interested in big problems, like health care, social justice and equality, and the effect of technology on advancing our world. I want to use both my tech and research skills to work on those problems. I see myself as an anthropologist, but as an engineering anthropologist. Someone who has the curiosity and the ability to understand and entire system, and then build the path to change it. I am rare in that sense, because I can’t seem to stay small. But I know that it is where I find my most happiness.

This journey to find my true self has involved me letting go and learning a lot. I have also spent countless hours taking personality tests, researching my interests and possible career paths, watching speeches and breaking down options. I really have made this a second job.

What surprised me the most was how diligently I needed to work to make this happen. I had to keep asking myself questions until I started to arrive at the detailed answers. I had to keep pushing until I found the pieces that I easily glossed over as I educated and worked my way into jobs and careers of my choosing.

Authenticity is not something that you find in an afternoon watching sunsets. Authenticity is a grind to find and truly be the person that you are. I employ others to take the plunge. Because I believe that if people really knew and understood who they were, many things would be a lot better in the world. This kind of work ain’t for sissies, but doing this work is the first step to building a career, a life, and a world worth living in.

If nothing else, you will know who you are. That in itself will separate you from the rest of the pack.

picture from blog.spiritualify.com It’s appropriate that on this Leap day, I acknowledge that I am starting a new journey. One that has taken me time, but also one that will bend and warp time in its own way. Time is a tricky thing. It... Continue →